Revealed: The Man To Replace Rodgers At Liverpool's Helm 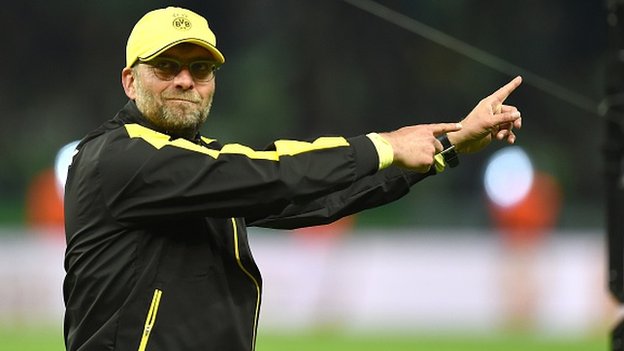 According to reports now, Liverpool have made former Borussia Dortmund boss Jurgen Klopp their first choice to replace manager Brendan Rodgers, who was finally sacked by the club after Sunday’s 1-1 draw against Everton at Goodison Park. After being in charge of the Reds for a period of more than three years, the Northern Irishman was eventually fired, as the Merseyside club are now in 10th place in the Premier League points table.

A deal has not been confirmed yet to sign the 48 year old manager, who led his side to two Bundesliga titles, during his spell in Germany.

Ex-Real Madrid manager Carlo Ancelotti was also being considered as an option by Liverpool, though it seems that the German could win this race.

An official statement by the club announcing the departure of 42-year-old Rodgers stated, “The search for a new manager is under way and we hope to make an appointment in a decisive and timely manner.”

However, one thing is still certain as of now, that the replacement will still be working within the existing structure, which is better known as Anfield’s “transfer committee”.

Almost Confirmed! Liverpool Set To Reveal Their New Manager Before The Next Game