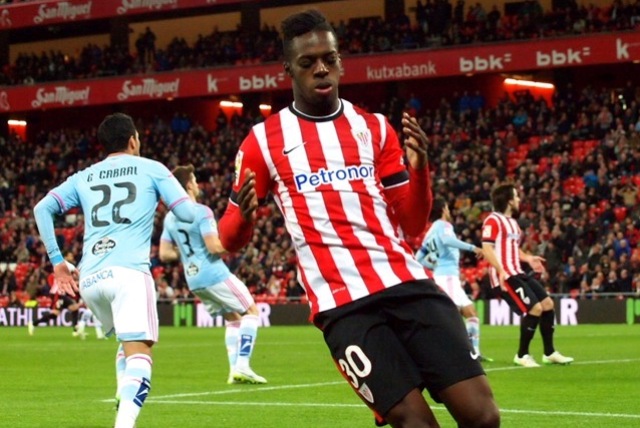 Liverpool, the most active English club in this transfer window, has been dealt a major blow in their pursuit of Inaki Williams. The club was interested to sign the Athletic Bilbao forward this winter but the player has signed a new contract at the Basque outfit. This new contract is reported to be valid till 2021 summer with a release clause of £50million.

Inaki Williams is the first black player to score for Athletic Bilbao and only the second black player to wear the jersey. The player has been pretty impressive this season and the new release clause, though a little high for his level, is said to be in place to hold off any potential bidders for the player.

Inaki Williams is still very young at only 21 and has a long football career ahead of him. Considering his progress at this rate, the £50million release clause will be justified in a few years. However Liverpool has already signed a few players and will not be very willing to pay that amount for a young player at this point.

Can Liverpool Build On Wednesday’s Win?