Liverpool are in the market for a new goalkeeper and the player linked with a move to Anfield is a Bundesliga star. Alright, “star” might be a bit of a stretch, but the Daily Star via the Bild claims our boss Jurgen Klopp wants to sign Swiss keeper Marwin Hitz.

The 29-year-old Augsburg keeper is in the final year of his contract and his club have decided that the Swiss keeper is free to go. While the Bild claims that Augsburg will replace Hitz with Schalke’s Fabian Giefer, the Swiss could become another player from the German league joining the Reds.

Klopp had signed Joel Matip and Loris Karius last season from Bundesliga clubs and while Matip has been a success, there are still doubts about Karius being cut out for the Premier League.

We had been linked with moves for other keepers such as Joe Hart but Klopp added that he wasn’t looking to sign Hart when quizzed about him in April.

“He is a fantastic goalkeeper, the goalkeeper of the English national team, highest quality, but we have highest-quality goalkeepers.

“It is not for us in this moment and hopefully not in the future – not because of Joe but because we already have two strong goalkeepers.”

Hitz should be seen as a replacement for Alex Manninger, who is set to leave the side and retire from football. The Austrian didn’t make a single appearance for us last season and thus Hitz could turn out to be our number three. 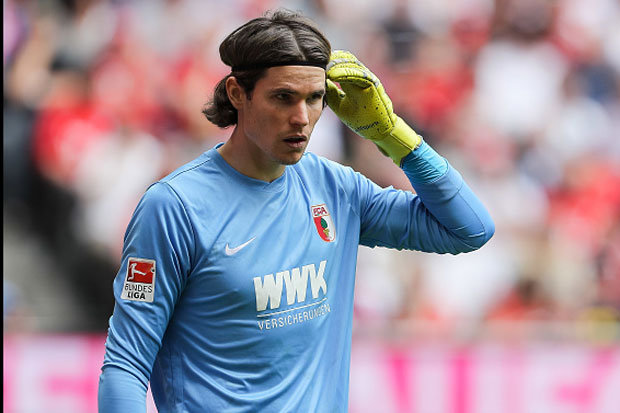 The three first-team keepers at the moment are Danny Ward, Simon Mignolet and Loris Karius and we believe the latter two would remain at Anfield while Ward could spend more time at Huddersfield as they take part in the Premier League next season.

Mignolet was great for us in the second half of the season and actually won us important points against Stoke City and even West Brom. The Belgian should continue to be our number one, at least from the start of next season, while Hitz and Karius should be the cover for him.

Related Topics:AugsburgLiverpoolMarwin Hitz
Up Next