Coutinho And Mane On Scoresheet: Best And The Worst Rated Liverpool Players vs West Brom

Liverpool made it 12 games unbeaten at home and just about held on for the win against West Bromwich Albion. The Reds did make a change with Daniel Sturridge dropping to the bench and Adam Lallana coming into the midfield.

The Reds knew that Tony Pulis’s side would make it tough for them but the home side did start brightly. It was Sadio Mane who scored in the first half with a brilliantly taken goal after great work by Philippe Coutinho, Emre Can and Roberto Firmino.

The Merseyside club made it 2-0 on the night thanks to Philippe Coutinho who smashed home from inside the box.

The second half saw Liverpool try hard to score a third but it was West Brom who got the goal thanks to Gareth McAuley.  The Reds did hold on for the win and joined Arsenal on 20 points at the top of the table but second only on goal difference.

We look back at the game and rate the performances of the Liverpool players.

The German goalkeeper had a relatively quiet first half but had to do a lot more in the second. Karius still looks a little shaky, though.

The right-back was brilliant in attack and defence and was constantly linking up with Coutinho and Mane to be a threat for the Reds.

The first half was easy for the Croatian but the second was a real test as he and his team just about held on for the win.

Matip could have done better for the goal conceded by the Reds, but he did do well in pushing the ball forward and keeping the attack going for Liverpool. 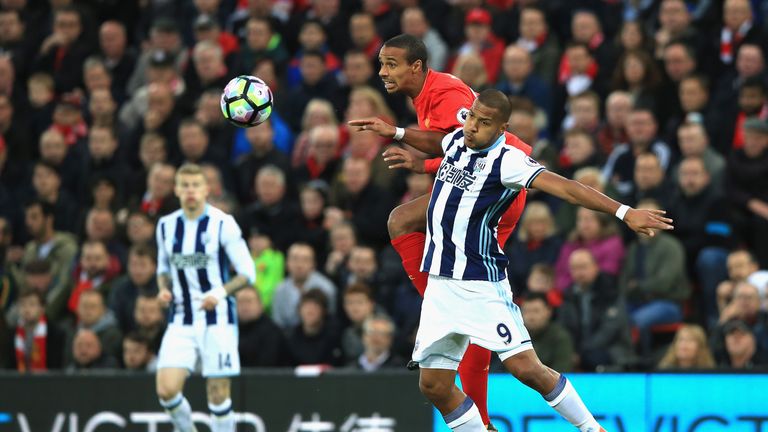 The Englishman wasn’t at his best, yet he put in another Milner-like shift and didn’t really make major errors.

After being blasted in the last game, Can put up a great showing and his run was one of the reasons why Liverpool scored the first goal. The German also had a couple of chances to score but was stopped by Ben Foster.

A decent performance by the Liverpool captain, didn’t make a lot of mistakes in the game.

The return of Lallana led to more fluidity for the Reds in the final third. Lallana did a lot of running and certainly was good in his return to the starting XI.

The Senegalese was great in the first half and even had a number of bright moments in the second. He opened the scoring for the Reds and was a threat all night long for the Reds.

A peach of a cross from Firmino led to the first goal and the Brazilian had chances to score a goal too but was thwarted by the West Brom defence.

The Brazilian was fantastic in the first half and was rewarded with a fantastic goal. Coutinho does need to score more this season and it seems he is going to do that.

The Dutch midfielder had a great chance late on in the game to make it 3-1 but just shot it wide. Wijnaldum’s return is great news for Liverpool as Henderson will miss the next game.

The Brazilian replaced Coutinho late on in the game to give Liverpool some defensive solidity during the final few minutes.

The Belgian came on late for Mane but didn’t have time to make a huge impact.

Related Topics:LiverpoolWest Brom
Up Next